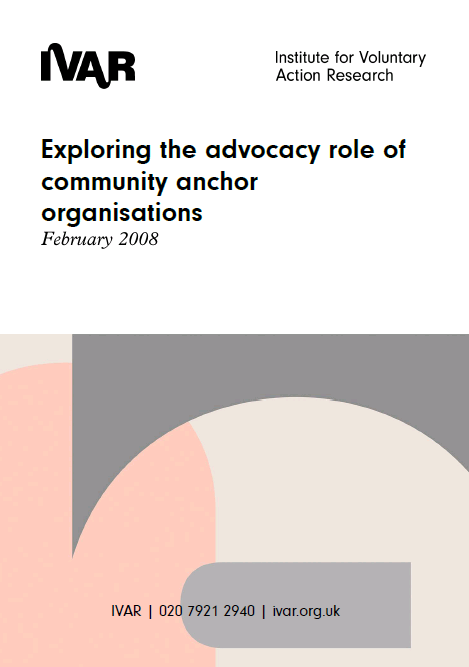 This study was carried out as a partnership between IVAR and bassac (now known as Locality), in association with Improvement and Development Agency (now known as Local Government Association). It had one principal aim: to describe, develop and implement models for community anchors to exercise and facilitate advocacy with and on behalf of other community organisations and the wider community.