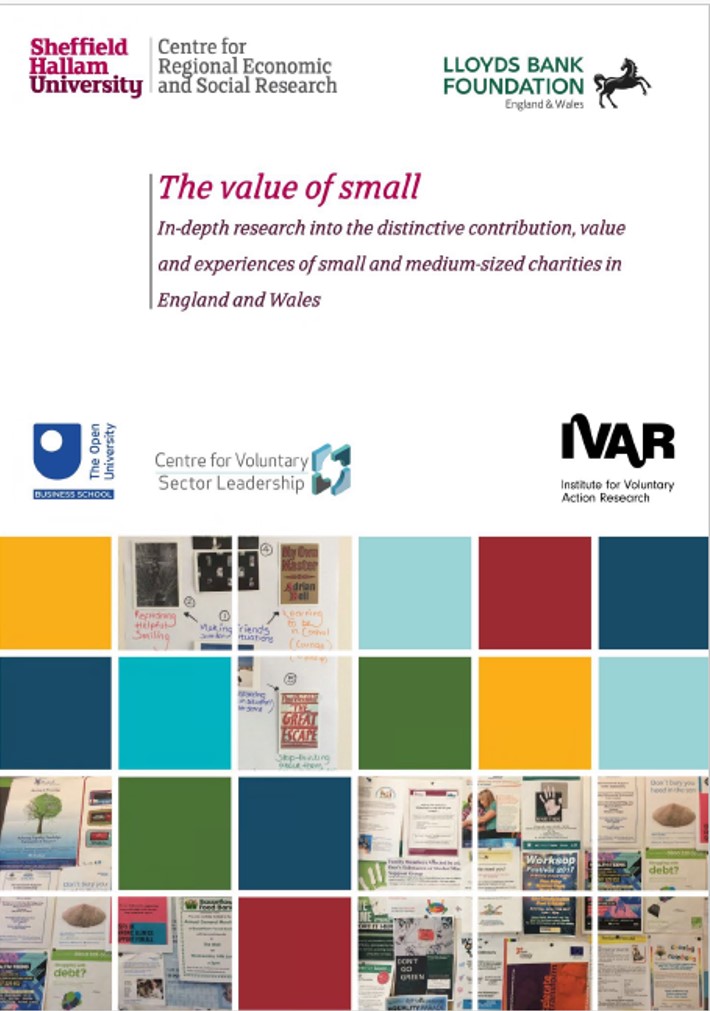 This research shows that smaller local charities combine three distinctive features in how they support people and communities, which sets them apart from both public-sector providers or larger charities:

The Value of Small was commissioned by Lloyds Bank Foundation for England and Wales and conducted by an independent research team comprising the Centre for Regional Economic and Social Research (CRESR) at Sheffield Hallam University; IVAR and the Centre for Voluntary Sector Leadership at the Open University.