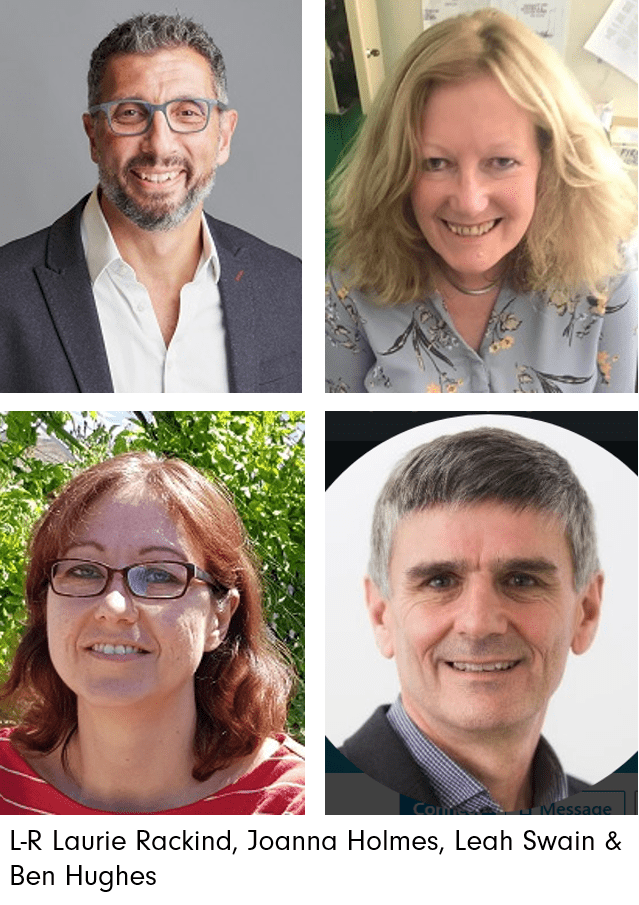 This blog shares four perspectives of practitioners who have led merger processes. We asked them to share their reflections for other leaders contemplating merger in the current context. It is complemented by a practical piece on Thinking about merger in 2020 from IVAR Director, Ben Cairns.

Laurie Rackind is CEO of JAMI (Jewish Association for Mental Illness), which merged with Jewish Care in 2012:

‘Isolation and distancing may be great weapons in the fight against Covid-19, but they are far from ideal concepts for those already experiencing significant mental health problems. Organisational isolation and distancing are just as unhelpful when responding to the pandemic, and the current challenges are causing many charities to contemplate closer collaboration or merger.

Where the drivers behind mergers are the needs of charities’ beneficiaries, such collaboration should be applauded. For many, though, the drivers will be institutional or professional survival: this is understandable, but may not be enough to see organisations through an inevitably challenging process. Whatever the context, improvements for beneficiaries should always come first.

During the pandemic, Jami has been able to adapt and respond to the needs of the community with agility, creativity, innovation and speed. It is highly unlikely that, as two separate organisations, we could have coordinated our efforts to the same outcome.  This is thanks to a collaboration which was initiated not by a crisis, but a simple vision of more effective services.

Society is full of vulnerable people who have been isolated for many years. Arguably, this is also true for many of our charities. As lockdown is eased, let’s hope that, as a society, we can all thrive by rising from isolation together.’

Ben Hughes was CEO of bassac which, in 2011, merged with Development Trusts Association to form Locality:

‘I remember being asked by a civil servant, once news of our ‘merger exploration’ was out, which model we were using. At the time I blagged it given they were a significant funder, seemingly wanting surety that all was OK. In truth, of course, I had no model up my sleeve. I had little idea – beyond a sense of creating something more resilient to the onslaught of looming austerity – of exactly where this process might take us.

But, of course, mergers aren’t about deciding on a tidy plan. People aren’t machines, and merger advisers aren’t cartographers. It’s a fluid process and one I found took time to get used to; step by step process working is different! I had to trust, a lot. But the collegiate support I got from our tight knit group of chairs and CEOs gave me invaluable confidence to navigate every step of the journey. Helped by a clear and strong process, I felt contained and able to raise difficult issues.

For me, though, there was another, important element. I was clear from the outset that I didn’t want to be CEO of the new organisation. With 11 hugely rewarding years behind me, this was my time for change. This stripped out personal competition and tensions between creating what I’d want to lead, and what was right for the organisation.

Was there any loss? Bassac had a special quality. Our quirky settlement members, impossible to pigeonhole; the slightly maverick network of characterful individuals, achieving remarkable things in their way. So yes, there was loss – of that movement; and for me too, in sidestepping the excitement of the new creation and in letting go of the role I’d inhabited for all those years that had given me so much. But like parenting, doing what you know is the right thing, and seeing the flourishing consequences, brings its own, unique rewards.’

Leah Swain is CEO of Community First Yorkshire, which was formed out of a merger in 2017 between North Yorkshire & York Forum and Rural Action Yorkshire:

‘Covid-19 has created all kinds of local heroes – NHS staff, social care teams, and key workers keeping going utilities, logistics, retail. Let’s add to the list small, local charity Chief Executives who are on the frontline of community support for so many vulnerable and isolated individuals and their families. I’ve watched them demonstrate their own special super powers – the power to give laser-like focus to changing overnight to find, reach and support hundreds of people needing food or company. The ability to transform new volunteers into efficient delivery teams in days. But they also seem to have the most frustrating power of invisibility. Invisible to national bodies who parachute in assuming there is no local support, invisible to the MPs calling for local volunteer infrastructure, invisible to Government departments with limited understanding of the incredible small charity ecosystem that exists.

Even as these small charity leaders continue their hard work totally focused on their beneficiaries’ wellbeing, we know many are starting to question how long their reserves will last when their previous income plans are unlikely to recover. And that’s where that frustrating power of invisibility might have a use after all.

The funding environment is going to get tougher. Many charity leaders will have to actively consider mergers if they are to ensure the valuable services they provide in so many communities will continue after their own funding runs out. Contemplating a merger is hard – you feel you are losing the organisation you have poured every part of your soul into. Boards are loathe to mention the M word to the Chief Executives they value and respect – knowing a merger may mean there is no longer a role for them. It’s tricky.

When my Board started to explore merger they found it much easier to know that both existing Chief Executives did not expect a job in the new organisation. We both provided guidance and support in the background, but made sure we gave our Boards clear permission to put us, and our current way of doing things, to one side. The success of mergers depends on a clear vision for the charities’ beneficiaries, looking beyond current staff and structures. Mergers can open new possibilities – different, but potentially as powerful at supporting local communities.

Many small charity leaders will need to put on their cloak of invisibility and give Trustees freedom to contemplate merger – to move on without them in the picture.’

Joanna Holmes is Co-Director of Wellspring Settlement which was formed out of a merger in February 2020 between Barton Hill Settlement and Wellspring Healthy Living Centre:

‘Merger on 1st February 2020 and Covid-19 in March is quite an ask of any organisation. However, we are more than surviving, we are doing some quite extraordinary things. This last two months have shown up very distinctly the underlying issues we knew we had to deal with and the differences in organisational culture. We had thought we might have a year to sensibly integrate all staff and systems as a new organisation, but following the extraordinary Covid19 period – in which we have restructured to provide a community hub with all other services switched to operating from home and phone – we now have to sort them out much more quickly.

The main learning for me is that having one common underlying driver, which is deeply held, gets you through what could be deal breakers or show stoppers. In our merger, this was a strongly held belief that two similar size organisations in one area serving the same community can do this better for the community by being one organisation. In difficult situations everyone can return to this and regroup to move forwards again.

The second thing is that mergers are never easy for lots of reasons. I have had to face the worst things about myself and the organisation, as well as the best. This isn’t too pleasant, but is useful in the vein of: “if it doesn’t kill you, it will be the making of you”.

Thirdly, we took a long time to work through the feasibility stage and, with hindsight, if we had done this more quickly we would have been further ahead with integration now. We also found that the costs of merger are much higher than is recognised, but this is widely known.

I think all organisations should consider merger as an option. And while it isn’t simple or easy, neither are the issues we are trying to tackle in our communities or with the people we are here to benefit. Extraordinary times demonstrate the need for extraordinary responses. Merger could be part of this. It’s not always easy, but  if it’s the right thing to do, it’s the right thing to do.’