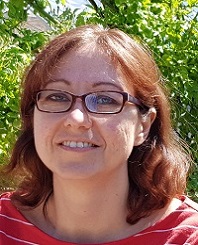 'You feel you are losing the organisation you have poured every part of your soul into ... it's tricky'

Leah Swain is CEO of Community First Yorkshire, which was formed out of a merger in 2017 between North Yorkshire & York Forum and Rural Action Yorkshire:

Covid-19 has created all kinds of local heroes – NHS staff, social care teams, and key workers keeping going utilities, logistics, retail. Let’s add to the list small, local charity Chief Executives who are on the frontline of community support for so many vulnerable and isolated individuals and their families. I’ve watched them demonstrate their own special super powers – the power to give laser-like focus to changing overnight to find, reach and support hundreds of people needing food or company. The ability to transform new volunteers into efficient delivery teams in days. But they also seem to have the most frustrating power of invisibility. Invisible to national bodies who parachute in assuming there is no local support, invisible to the MPs calling for local volunteer infrastructure, invisible to Government departments with limited understanding of the incredible small charity ecosystem that exists.

Even as these small charity leaders continue their hard work totally focused on their beneficiaries’ wellbeing, we know many are starting to question how long their reserves will last when their previous income plans are unlikely to recover. And that’s where that frustrating power of invisibility might have a use after all.

The funding environment is going to get tougher. Many charity leaders will have to actively consider mergers if they are to ensure the valuable services they provide in so many communities will continue after their own funding runs out. Contemplating a merger is hard – you feel you are losing the organisation you have poured every part of your soul into. Boards are loathe to mention the M word to the Chief Executives they value and respect – knowing a merger may mean there is no longer a role for them. It’s tricky.

When my Board started to explore merger they found it much easier to know that both existing Chief Executives did not expect a job in the new organisation. We both provided guidance and support in the background, but made sure we gave our Boards clear permission to put us, and our current way of doing things, to one side. The success of mergers depends on a clear vision for the charities’ beneficiaries, looking beyond current staff and structures. Mergers can open new possibilities – different, but potentially as powerful at supporting local communities.

Many small charity leaders will need to put on their cloak of invisibility and give Trustees freedom to contemplate merger – to move on without them in the picture.


Read the perspectives of other practitioners here.