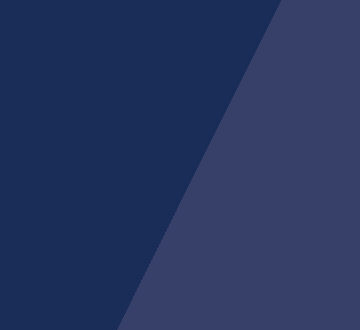 Equipping leaders to build relationships that transform our healthcare system

The case studies tell the stories of four cross-sector partnerships and what they achieved in 2019. They were developed through the Building Health Partnerships programme which builds relationships between the NHS, local government, citizens and voluntary, community and social enterprise organisations to facilitate joint action that improves health and care priorities.

It tells the story of how they worked across sectors in West Yorkshire and Harrogate to prevent sight loss and reduce the chances of young people developing musculoskeletal conditions.

This tells the story of how a cross-sector partnership in North Cumbria prevented people from having strokes by raising awareness of risk factors and offering health screening at community events.

A ‘test and learn’ approach to community-led health and care

It tells the story of how they worked across sectors in Lancashire and South Cumbria to design a way for statutory services to share leadership with the voluntary and community sector.

It tells the story of how they worked across sectors in Nottingham and Nottinghamshire to reduce the number of delayed transfers of care from hospital, particularly amongst people aged over 75 with dementia.

Getting started with collaboration

Short framework for getting started with collaboration

A framework for individuals and organisations who are setting out on new collaborative ventures.

This research poses key questions, including: Who are you collaborating with, and why? What form should that collaboration take? What do you need to do to make collaboration worthwhile?

Teaming up with the voluntary sector to transform care

Exploring different perspectives and examples of how health and care systems can make sure they involve local charities and social enterprises in the most effective way.

This research, based on work undertaken by BHP Nottingham, aims to better understand what it takes to reduce patients staying in hospital when other options would be better for their health and well-being.

A year of integrated care systems: Reviewing the journey so far

The document explores how ICS’s are being developed in different parts of the country and identifies lessons for local systems and national policy-makers.

The research addressed two questions around collaboration – whether a set of local communities and health agencies have common goals and how can they develop workable relationships.

Healthwatch Nottingham and Nottinghamshire interviewed families of people living with dementia in order to understand how the voluntary and community sector can support delayed transfers of care.

Taking collaboration to the next level

What would enable a sustained transformation in cross-sector working in the long term?

Practical tips provided by the Practice Development Network (made up of health and care leaders) on getting started and growing pilot projects.

NPC for The Richmond Group of Charities

Examples illustrating how cross sector health partnerships were built and the difference it made.

Patients and communities driving progress in self care

This briefing reports on the Building Health Partnerships Self Care programme and the seven areas where it operated in 2017-2018.

NPC for The Richmond Group of Charities

The approach and lessons presented in this report will interest those seeking to improve collaboration and commission services, including leaders across the statutory sector, commissioners, and VCSEs.

This report is based on the work undertaken through BHP in North Cumbria and the Copeland Community stroke prevention project. The project wanted to help people identify potential risk factors and raise awareness of lifestyle choices that can improve their health.

Practical tips provided by the Practice Development Network (made up of health and care leaders) on measuring the impact of projects.

The changing face of clinical commissioning

This report highlights patient-centred work to drive innovations and improvements, often in partnership with other organisations.

The Health as a Social Movement project attempts to learn from the power of people working together to drive transformational change. A report from that programme.

We need to take time to pause and reflect, the good stuff that is going on and plan to continue this in the future.”

A cultural manifesto for wellbeing

This manifesto highlights NHS Halton CCG’s commitment to work collaboratively with experts across culture, the environment and sports sector; and harnessing social value agendas which will develop into a replicable model.

What makes us healthy? The asset approach in practice: evidence, action, evaluation

This publication makes the case for developing ways of working that promote the assets, resources, capacities and circumstances associated with positive health for everyone.

A guide to community-centred approaches for health and wellbeing

This guide demonstrates the diversity and richness of community-centred approaches and the need be flexible, rather than focusing on a one-size-fits-all strategy.

This report has been produced to support local action to tackle health inequalities, by helping local partners to identify what specific interventions could measurably improve outcomes.

A guide to enabling the spread of person- and community-centred approaches for health and wellbeing with a focus on how behavioural science can help increase this. It is aimed at people who champion these approaches in health and social care, in other statutory bodies and in community-based organisations.

This Framework has been created to help people working in NHS organisations plan and implement their approach for improving staff health and wellbeing.

National Institute for Health and Care and Excellence

This report focuses on how NICE’s evidence-based guidance contributes to improvements in care for people who are at risk of or who have had a stroke.

Look Out for Your Eyes

This short film is being shown to community groups in Wakefield to get people talking about, debating and sharing information about eye health.

Evidence to inform the commissioning of social prescribing

Centre for Reviews and Dissemination, University of York

Supporting people to manage their health: An introduction to patient activation

This paper introduces a way of conceptualising and measuring engagement that is known as ‘patient activation’.

Getting to know the link worker workforce

The Rotherham Social Prescribing Service for people with long-term conditions: A GP Perspective

The report explores new models of cross-sector working to make better use of joined-up resources in health and social care services in North and West London.

Working together to prevent strokes in Copeland

Practical support to enable NHS providers to support the strategic ambition to grow and develop volunteering.

Barriers and Benefits: Tackling Inequalities in Health through Volunteering

An exploraiton of what statutory and VCSE organisations can do to start addressing the equity issues in volunteering.

Measuring the impact of Helping in Hospitals

An evaluation of how effective hospital impact volunteering is at improving patient experience and wellbeing.

Tips and practical examples of what hospitals have done to increase the scale and scope of their volunteering service.

For anyone who involves volunteers in their organisation or coordinates their activities and helps assess the difference volunteering makes.

Resources from 30  NHS Trusts and their respective charities provide a good starting point to be adapted to your local context.

Involving young people in supporting the health and care of others is proven to have positive benefits to patients, the community and young volunteers.

The social value difference in health and care commissioning

This report highlights the transformational role social value can play in health and care commissioning. With examples and learning, the report will support organisations to begin their social value journey.

A tried and tested framework for commissioning authorities, VCSEs and service users to agree and implement social value priorities in health and care commissioning.

A guide for commissioners and procurement officials, providing an overview of the Act itself and the policy drivers behind it, as well practical guidance on how social value can be embedded into the commissioning and procurement process.

This toolkit has been created to support potential providers of services, in any sector – including small to medium enterprises, social enterprises and voluntary sector organisations – to embed social value through procurement processes.

‘Thinking social value’ should shift the focus from the bottom-line price or cost of a service towards the overall value of the outcomes delivered. In order to successfully secure social value and benefit through commissioning and procurement processes, organisations need to think about it from the outset and embed a clear and unambiguous message their intention to do so every time they communicate with the market.”

Collaborating with the VCSE sector

Above and Beyond: How voluntary sector providers add value to communities

Commissioner perspectives on working with the voluntary, community and social enterprise sector

People and Communities Board, with support from National Voices

Exploring the new world: practical insights for funding, commissioning and managing in complexity

Building on the findings of A Whole New World, the authors spent 12 months working with funders, public sector commissioners, and organisations working on the ground.

This handbook is to help local authorities, CCGs, federations and ICS/STP footprints to commission community development.

This presentation by Toby Lowe (given at Lancashire and South Cumbria’s BHP partnership event) focused on responding effectively to complexity in the Health and Care System by understanding what it means to work in complex environments.

A Whole New World: Funding and Commissioning in Complexity

This report details the way in which funders are finding a different way of tackling the complexity of real world issues affecting public services and charitable trusts.

Complexity demands collaboration and a new paradigm that supports this

Home to the Unknown: Getting hospital discharge right

This report sets out recommendations to improve care when patients return home from hospital.

This leaflet was created with the CCG to promote the Minor Eye Condition Service in Wakefield. It highlights that this service is vital to preventing sight loss.

Questions to use when exploring new and existing ways of working in partnership at a ICP level with the aim of finding out more about what things look like now, what can be learned and what needs to be changed/developed.

This leaflet on preventable sight loss was co-produced with several community groups and service users.

This leaflet was created by BHP in North Cumbria to raise awareness in Copeland of the stroke prevention project and the service it offers.

This website was created to promote the ‘Eye Hero’ project – a child-led campaign to fight avoidable blindness across the UK.

A toolkit for conducting community research

This was produced to support community researchers conducting an action research project as part of the BHP in Nottingham and Nottinghamshire. It was designed specifically for calls with VCSE leaders on the issue of delayed transfers of care.

Share your suggestions for other resources we should be linking to, to make this a one-stop-shop for all those involved in health, care and VCSE collaboration.

Return to the landing page to register interest in coaching, join our practice development network or to sign up for an event.

It’s been six months since we first published our research on ‘Small Charities and Social Investment’ and we’ve been presenting our findings across the UK at meetings, conferences and workshops. This week, as organisations up and down the country are celebrating the contribution small charities make, we are sharing three key things to take away if you are a social investor.

We wanted to explore charities’ experiences of seeking, securing and managing social investment, so we embarked on in-depth interviews with chief officers and trustees in 25 charities. The organisations we spoke to had a turnover of under £1m and were receiving standard term loans; we chose this group as although they form a significant segment of the market in their own right, their voice is largely absent from policy debate. We wanted to capture the experience of the ‘established’, and largely charitable, voluntary sector.

‘As an investor, you end up focusing on what will get the investment over the line, which can mean you don’t do the stuff that will strengthen the organisation over time’

You can read more about the research here and see our latest briefing, which revisits the findings following a series of discussions in national forums up and down the country.