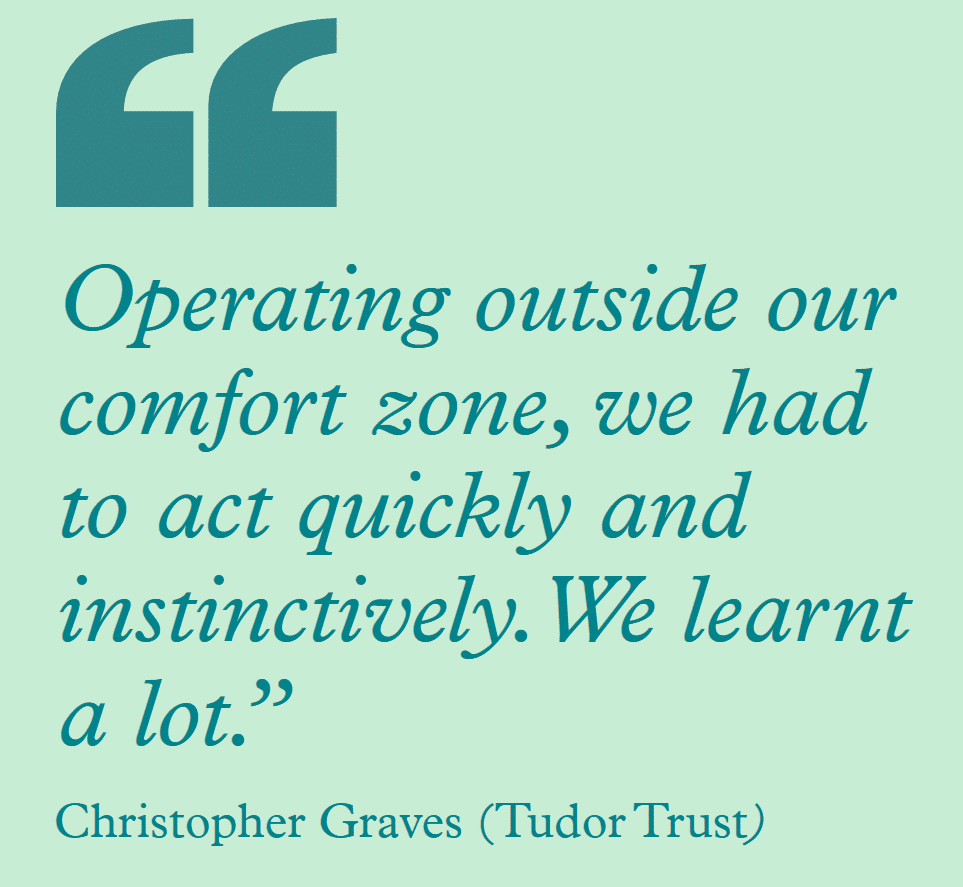 In June 2019, a team of Tudor Trust staff and trustees visited Hartlepool to test out a way of paring back bureaucracy and placing relationships and trust at the forefront of grant-making. Here’s why…

‘Too much caution can narrow the range of people and organisations funded and what that funding can achieve.’

In The possible, not the perfect, we described how funders supported community groups and charitable organisations working in response to three emergency events in 2017, and found that funders stepped outside their normal practices in a range of different ways – in particular, their approach to risk. We posed a challenge to funders – can such an approach only be adopted when there is a sense of moral imperative to suspend business as usual?

‘Every day in a community is an emergency. They don’t have to have a tragedy or emergency to give money that way.’

Many funders have agreed with the sentiment of this question, but they also share concerns about the challenges of lighter touch processes, including a view that they aren’t ‘effective’: ‘too much risk, too much uncertainty, too many unknowns’.

Tudor’s Trustees and grants staff have translated their freedom to act into less burdensome and more straightforward processes – especially appropriate for small community groups who can be disadvantaged by unnecessarily complex, risk-averse or lengthy grant-making processes. And they have confirmed that it is possible to adopt a lighter touch to due diligence. The story of Tudor’s work in Hartlepool suggests that this alternative notion of ‘effective’ grant-making has the potential to resonate beyond the confines of emergencies.

“In June 2017, Tudor was one of many funders involved in the response to the Grenfell Tower fire. The response presented funders with a challenge: to get funding quickly to small, frontline organisations. We had to balance due diligence against speed of response. Operating outside our comfort zone, we had to act quickly and instinctively. We learnt a lot.

We asked ourselves how we could replicate aspects of this ‘on the ground’, quick, face-to-face approach to making small grants in a non-emergency situation. How would it feel to shorten our lead-in time for a grant, and work with community groups to create an application together through a conversation? Might this be a better way of engaging with the people and communities we want to work with?

We thought carefully about how this approach could be of benefit, and do no harm to the people, organisations and communities we wanted to work with. Taking into consideration the size of the sector, the organisations who could help us guide the work, the strength of infrastructure bodies, and the number of applications received and grants that Tudor has made in the past five years, we decided to focus on Hartlepool.

In the first half of 2019 we worked with organisations in the Tees Valley area to get to know Hartlepool, and to identify groups which might benefit from a small grant. In June, Tudor staff and trustees spent three days in Hartlepool, with an afternoon dedicated to meeting local groups. A trustee and a member of staff listened, and during a half hour conversation, with 20 groups, together drew up a funding request. In the few hours after the conversations, trustees and staff came together, reflected on the conversations, and approved grants of up to £5,000 for each group.”

There is much talk of funders becoming less burdensome, more straightforward and quicker in their dealings with applicants and grantees. For that to happen, funders need to be ruthlessly clear about the purpose and necessity of their processes. Tudor’s work in Hartlepool wasn’t rushed or haphazard – the preparation and execution were characterised by care, attention to detail and great sensitivity. But it was nimble and proportionate. And it sends a clear signal to others about what is possible when you are prepared to step outside the normal.

Look out for IVAR’s Thinking about… risk framework, which will be published on Thursday. It also aims to encourage funders to step outside the normal through considering their position in relation to different elements of risk. 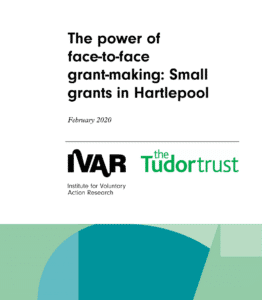 The power of face-to-face grant-making: Small grants in Hartlepool