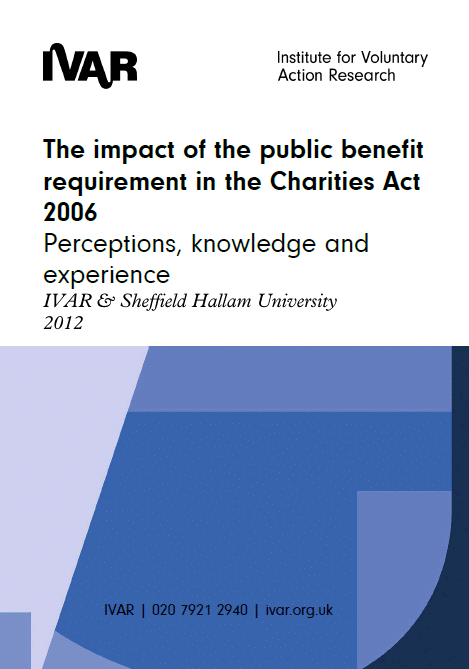 Published by the Charity Commission and conducted by IVAR with Sheffield Hallam University, this research examines the impact of the public benefit requirement on charities.

The report is based on interviews with eleven charity sector experts as well as workshops with chief officers, trustees and professional advisers from across the sector. It reveals that those involved with the charity sector view the requirement as an opportunity to develop and maintain public confidence in charities.