The Future for Communities: Perspectives on power

How are people living in our most disadvantaged communities going to change their lives for the better as we go into the 2020s?Many have tremendous assets but they have been at the sharp end of change. Who and what can support them in the future? What needs to happen for them to feel and be more powerful?


We heard from more than 800 people over this 18 month research project commissioned by Local Trust with additional funding from the Community Development Foundation and Joseph Rowntree Foundation (JRF).

For blogs and reports published throughout the research project, visit
Local Trust’s website. 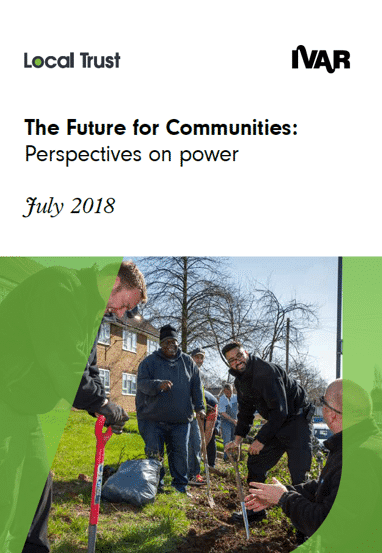 The Future for Communities: Perspectives on power


How are people living in our most disadvantaged communities going to change their lives for the better as we go into the 2020s? Many have tremendous assets but they have been at the sharp end of change. Who and what can support them in the future? What needs to happen for them to feel and be more powerful? 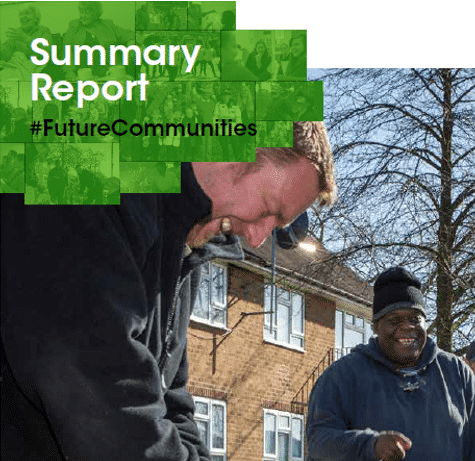 Despite rapid changes in the economy, in technology and in the way we relate to each other, place is important to people, especially many of those in disadvantaged areas – people who have been left behind by the pace of change.

People benefit from working together to identify common issues, to find ways of addressing them together and to be heard by state, business and others whose decisions influence their lives.

People benefit from drawing on connections with members of groups and communities they identify with in order to have the confidence to get involved and take action in the place where they live. 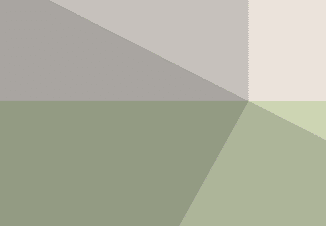 People spoke to us about
the future for their local community in East Cleveland Villages, Merthyr Tydfil, Milton Keynes and Rotherham

Poverty makes it difficult for communities to become powerful.

Population movement is part of life. However, increasing housing insecurity is making it difficult for communities to become powerful.

A powerful community is one where people feel they belong and where everyone can contribute.

When people in communities are isolated and lonely it makes it difficult for them to become powerful.

Already marginalised communities find it hard to see how they can become powerful through the formal political system.

People living on estates just accept their lot. They are not empowered to have a voice and even if the were they are fed up with being consulted and nothing ever changes’

Poverty makes it difficult for communities to become powerful.

The pressures of poverty, including in-work poverty, affect people’s capacity to engage with their communities let alone to collaborate, plan and deliver change – their energies are consumed in the struggle to survive.

Communities are doing interesting and positive things to sustain their communities. But without a viable economy and access to jobs, it is difficult to achieve lasting change. How do we best support communities who are always at the sharp end of economic change?

Population movement is part of life. However, increasing housing insecurity is making it difficult for communities to become powerful.

Private renting has grown as a proportion of the housing market. It can be a positive choice, but where people have short-term leases and move frequently, it is difficult for them to feel they below, or commit to local activities. In rural areas, families and low paid workers find themselves priced out of the housing market by second home owners and incomers from more affluent areas.

A powerful community is one where people choose to live, where they feel connected and where they feel safe. Community campaigns are having some success in improving conditions for private tenants and some communities are experimenting with community land trusts and community based housing associations, but these are still small scale compared with the size of the problem. It is difficult to see this insecurity changing in the future without a significant shift in housing policy including reform of rules on tenure, as well as an increase in house building and, in some areas, better affordability.

A powerful community is one where people feel they belong and where everyone can contribute.

New arrivals can bring positive energy into a community. However, major population change in already stressed communities also brings challenges in relation to identity and people’s sense of security. When differences within communities – age, race, class – create divisions, it is hard for them to find common cause and become powerful. Divisions exist and persist but they are not inevitable if the economic stresses that feed them are addressed.

There is considerable experience to build on. Activities like community arts, food and gardening are building bridges and understanding between different groups but the media needs to play its part. And where population movement and migration increase demands on already stretched services, external investment is needed to ensure that communities can live and work together successfully.

When people in communities are isolated and lonely it makes it difficult for them to become powerful.

The infrastructure that supports social relationships – the spaces where people meet formally and informally – is wearing away. This is due to public sector cuts and market forces – the decline of high streets and the closure of local facilities from pubs to post offices; and the fact that we do more online. Fear of crime, whether justified or not, and heightened security measures in our housing and schools, affect people’s willingness to go out and make them feel unsafe. All of this can lead to loneliness, isolation and stress.

A powerful community is a well-connected community. Social infrastructure needs to be seen in the same light as economic infrastructure – investment is essential in the spaces and activities that help people to connect. Social media may create new spaces and has potential to connect people, but only if everyone is supported to access and use it – and it is most effective when combined with opportunities to meet face to face.

Already marginalised communities find it hard to see how they can become powerful through the formal political system.

Alienation from traditional politics and the democratic system is fuelling a politics of blame. Many communities are tired of consultations that go nowhere.

A powerful community is one where people can debate their differences, organise and can stand up for what they believe in without fear. We need spaces where difficult conversations can take place. Crucial to the development of informed public debate is effective political and civic education and an understanding of how power works. Change also needs to come from beyond the community. Power holders – in the public sector and business – need the will and the skills to work effectively with local communities.

What this means for working with communities in the future

A powerful community is one that has access to the support it needs where it needs it and which is linked to other communities from whom it can learn and with whom it can create change.

Poor communities know how to be ‘resilient’. But they cannot be expected to go it alone, especially if they are expected to take on more responsibilities.

Many communities in the past have benefited from access to support, resources and infrastructure – spaces to meet, community development and other support workers, and funds. But these resources have been drastically cut and those that remain are often tied to service delivery contracts, with a loss in flexibility and independence.

Continued investment in this support, building on the experience of the past, will allow people to make the most of the assets, energy and ideas that they have. But real change also depends on communities having the resources to come together and have a national voice to address the barriers that they face to realising their potential.


Communities and those who work with them have responded with commitment and energy to the challenges they face. They now need policies and investment that recognise the disadvantages they bear and that confront lazy and discriminatory assumptions about the people who live there. Society – government, business and wider civil society – needs to get behind them. 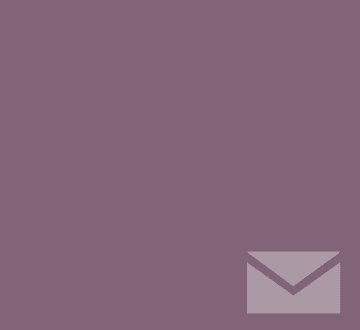 3 distinctive features of small charities set them apart from both public-sector providers or larger charities.

Find useful, usable insights in 90 seconds or less on our microsite for the leaders of small voluntary and community organisations.