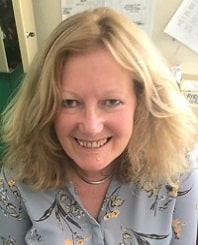 'One common underlying driver ... gets you through what could be deal breakers or show stoppers'

Joanna Holmes is Co-Director of Wellspring Settlement which was formed out of a merger in February 2020 between Barton Hill Settlement and Wellspring Healthy Living Centre:

Merger on 1st February 2020 and Covid-19 in March is quite an ask of any organisation. However, we are more than surviving, we are doing some quite extraordinary things. This last two months have shown up very distinctly the underlying issues we knew we had to deal with and the differences in organisational culture. We had thought we might have a year to sensibly integrate all staff and systems as a new organisation, but following the extraordinary Covid19 period – in which we have restructured to provide a community hub with all other services switched to operating from home and phone – we now have to sort them out much more quickly.

The main learning for me is that having one common underlying driver, which is deeply held, gets you through what could be deal breakers or show stoppers. In our merger, this was a strongly held belief that two similar size organisations in one area serving the same community can do this better for the community by being one organisation. In difficult situations everyone can return to this and regroup to move forwards again.

The second thing is that mergers are never easy for lots of reasons. I have had to face the worst things about myself and the organisation, as well as the best. This isn’t too pleasant, but is useful in the vein of: “if it doesn’t kill you, it will be the making of you”.

Thirdly, we took a long time to work through the feasibility stage and, with hindsight, if we had done this more quickly we would have been further ahead with integration now. We also found that the costs of merger are much higher than is recognised, but this is widely known.

I think all organisations should consider merger as an option. And while it isn’t simple or easy, neither are the issues we are trying to tackle in our communities or with the people we are here to benefit. Extraordinary times demonstrate the need for extraordinary responses. Merger could be part of this. It’s not always easy, but  if it’s the right thing to do, it’s the right thing to do.

Read the perspectives of other practitioners here.