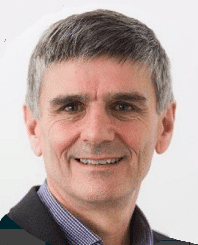 Ben Hughes was CEO of bassac which, in 2011, merged with Development Trusts Association to form Locality:

I remember being asked by a civil servant, once news of our ‘merger exploration’ was out, which model we were using. At the time I blagged it given they were a significant funder, seemingly wanting surety that all was OK. In truth, of course, I had no model up my sleeve. I had little idea – beyond a sense of creating something more resilient to the onslaught of looming austerity – of exactly where this process might take us.

But, of course, mergers aren’t about deciding on a tidy plan. People aren’t machines, and merger advisers aren’t cartographers. It’s a fluid process and one I found took time to get used to; step by step process working is different! I had to trust, a lot. But the collegiate support I got from our tight knit group of chairs and CEOs gave me invaluable confidence to navigate every step of the journey. Helped by a clear and strong process, I felt contained and able to raise difficult issues.

For me, though, there was another, important element. I was clear from the outset that I didn’t want to be CEO of the new organisation. With 11 hugely rewarding years behind me, this was my time for change. This stripped out personal competition and tensions between creating what I’d want to lead, and what was right for the organisation.

Was there any loss? Bassac had a special quality. Our quirky settlement members, impossible to pigeonhole; the slightly maverick network of characterful individuals, achieving remarkable things in their way. So yes, there was loss – of that movement; and for me too, in sidestepping the excitement of the new creation and in letting go of the role I’d inhabited for all those years that had given me so much. But like parenting, doing what you know is the right thing, and seeing the flourishing consequences, brings its own, unique rewards.

Read the perspectives of other practitioners here.